The Curzon’s refurbished balcony to be revealed soon!

Work on the Curzon’s newly revealed Balcony has started! 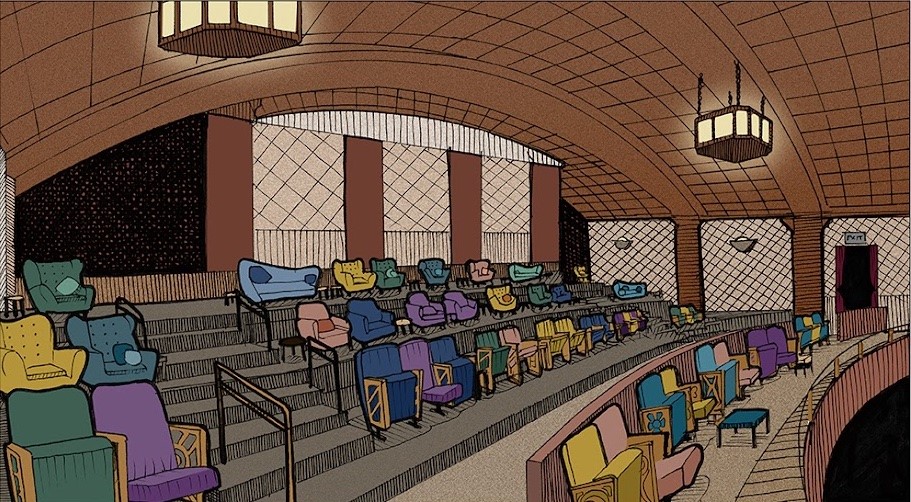 After a very successful fundraising campaign, raising £85,000 (£60,00 of which came from incredibly generous public donations), the Curzon is pleased to appoint John West (Contractors), to begin work later this month, and the Cinema is looking forward to the balcony opening in early Autumn.

The Curzon’s balcony was closed off in 1973, after a screening of ‘Cabaret’. Audiences had dwindled as TV became more popular and the three-day week reduced people’s wages. At the time, the new false ceiling might have looked quite modern, and maybe reduced heating bills. But as time went by, and people became more aware of the unique heritage and the rarity of the tin-panelled walls, the presence of the false ceiling became less appreciated.

In 2020, whilst Covid-19 had closed the cinema, contractors were working hard to finish the roof restoration and with a few days to spare, they were asked to help remove the false ceiling. The Curzon staff felt that a sense of space and airiness was vital for returning audiences, post pandemic.

When the cinema re-opened, in October 2020, audiences were amazed to see the barrel-vaulted ceiling and the full proscenium arch revealed. Looking up, they could see the long-hidden balcony. At this point the decision was made to re-open the balcony to the public. 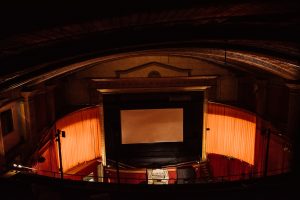 The newly refurbished balcony will combine modern luxury and a large nod to the Curzon’s heritage with eclectic, upcycled styling: the newly opened balcony will create a fabulous space from which cinema-goers can sit comfortably in beautiful surroundings, treating themselves to a unique evening or afternoon out. Local artist Tim Stephens created the artists impressions of how the balcony will look, with its colourful seating, exposed tin panelling, restored 1920s light fittings and fantastic view.

Curzon CEO Susannah Shaw: “Re-opening the Balcony was an inspired suggestion from one of our Trustees. The Curzon has had fantastic support over the last few years from a handful of individuals who give their time to make vital decisions that keep our Cinema open. Not least among these has been Hilary Neal, who gave her time over 15 years as Chair of Trustees. With support like this, and from a team of dedicated volunteers and extremely hard-working staff, the Curzon is fortunate indeed. On top of that, the tremendous support and affection we receive from the public means this beautiful old Cinema can survive and indeed, begin to thrive again. As well as the public I would like to thank the National Lottery, Reaching Communities; the Medlock Charitable Trust; Junior Poon and other wonderful individuals who have made such generous donations. I absolutely can’t wait to get going and see our new balcony ready to open!