Think provenance-led seasonal Italian cooking using the finest, freshest ingredients, lovingly crafted specialities, a super warm welcome, impeccable service and a stylish but very relaxed setting and what do you think of? Yes, you guessed it! Murrays of Clevedon.

I was delighted when Reuben Murray the current owner manager and one of the chefs at Murrays agreed to feature in the latest ‘Humans of Clevedon’ blog post.

Murrays was established thirty five years ago in September when it was a small cafe run by Reuben’s mother Gail who was a major source of gastronomic knowledge and a huge influence on Reuben’s culinary career. The link to Italy came through Gail’s husband John who at the time was working in banking. John’s mother Dorotea came from a small hamlet called Vella near Casalatico in the Frosinone area in central Italy and settled in Scotland during the war where she met her husband and then moved down to Clevedon. 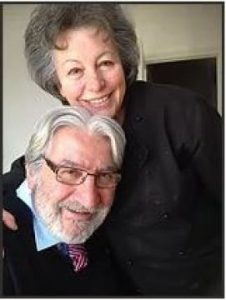 There is a close family link between the Murrays and the Sormani family who run Il Giardino on the sea-front. Check out my blog post on Il Giardino here: John is also cousin to the lovely Aldo, owner of the ice-cream parlour which opened on Clevedon sea-front in 1952 and sold the best ice-cream you could ever imagine. Aldo was in fact best man at John’s wedding.

Anyway, back to Reuben who has been a key figure in the exponential growth of this family business which has a very loyal customer base and is now firmly established as one of the top restaurants in the area.

I wasn’t quite sure of the family dynamic and who was currently working there so that it is where we started! Reuben has two brothers, Alex is the eldest, followed by Luke and then Reuben. Luke and Alex went to college and university to study hospitality related courses whilst Reuben went into the business straight from school.

The brothers enjoyed fifteen years working together in the restaurant before they were offered the opportunity to manage Bordeaux Quay in Bristol. It was a long standing customer in the restaurant, impressed by what was happening at Murrays that proposed this new venture. Alex and Luke went to Bordeaux Quay and Reuben took over the reins at Murrays. After seven years, Luke left to start his import business and a year later Alex also left. Having invested so much time and energy in Bordeaux Quay, they were all very sorry to see it close a short time later. 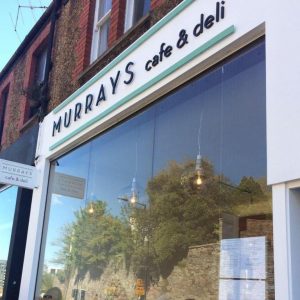 Alex now has a business on Park Row in Bristol called Murrays Café where he specialises in breakfast, lunch, coffee and cakes made by his wife who is a very accomplished baker. The food at Murrays Café is like Murrays Clevedon, something very special. Not surprisingly Reuben is a huge fan. Check out Alex’s business here.

Whether it be from Britain or Italy all three brothers pride themselves on sourcing from the best producers and the provenance, welfare and quality of everything they buy and sell is of paramount importance to them. Luke’s Italian import business is based in Clevedon and he can be seen in and around Clevedon and its environs in his little van ‘Nanona’.

Luke goes to Italy occasionally and is happy to source specific items for Reuben and Alex, at the moment for example, he is looking for a quality range of preserved fruits in jars for Reuben. Although you can’t buy on line from Luke, he does have a website, check it out here.

Reuben is planning to resurrect his own on line shop in the not too distant future, focusing on quality gifts.

I wondered if Reuben did any outside catering which he confirmed he does and although he enjoys it, he is only able to do it from time to time because the business has been so successful and is very demanding. In these uncertain times, it is an enviable position to be in.

It was great to hear Reuben speak so positively about his staff.

Some like ‘Baker Ben’ have been with him for the last twenty years. Ben joined the team at the age of sixteen, had a period of time out travelling in Australia but came back to Murrays shortly after his return. Ben oversees everything related to dough – he makes all the bread, masterminds all the delicious pizzas, sausage rolls and the beautiful tartlets which he was taught to make by Gail.

As Reuben is called out of the kitchen more and more, a lot of the overseeing is done by Rich who has been a member of the team for fourteen years. There are no big egos amongst the team and unlike many kitchens where the structure is often very hierarchical, Reuben prefers a much flatter structure and even though it is Rich who tends to run the pass, the opportunity is there for the whole team.

All the best to Andy, Reuben’s latest recruit who he speaks about very warmly and who has been in the kitchen for a mere three weeks; he’s lucky to secure a place in such a skilled environment where there is rarely an opening. It speaks volumes that when staff work with Reuben that they do not want to leave.

Another new comer to the business is the very friendly face of Jean – Sebastien, sommelier by trade, who is now to be seen in the deli. Jean – Sebastien is also working with Reuben’s father John in ordering the wine. They are currently looking at the addition of English wines to their all Italian range which they currently stock.

Reuben also spoke reluctantly but warmly about Becks, Chloe and Debs who manage the front of house. I say reluctantly because he really values all of his staff both full time and part time and did not really want to single any one out.

He also made mention of Alan, their singing, smiling kitchen porter who Reuben described as a pleasure to work with. 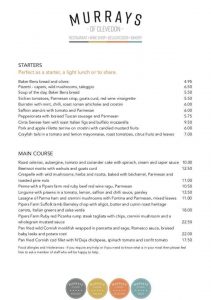 Reuben embraces a seasonal menu which is a clever way to tempt in locals and tourists alike with special, seasonal menu options as well as being a good way to increase the use of local farms and suppliers. Changing the menu is an exciting time for Reuben and his team and very motivating for staff to cook with new ingredients and to experiment with different ways of preparing and presenting them. They are currently making the most of the asparagus, broad beans, peas, Jersey Royals and the new season’s garlic.

Although Reuben imports a lot of the restaurant and deli’s produce, he is all the time looking for quality local producers and he would very much like to start growing his own fruit and vegetables. A local lady in Kenn who breeds pigs for the restaurant, has just given them access to a plot of land on her farm where they are planning to make a start. 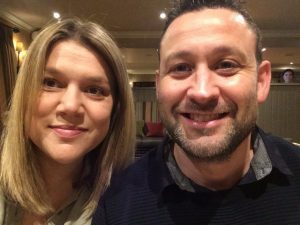 Working in the restaurant business is hugely rewarding but it involves long hours and you need to keep on top of all aspects of the business to make sure it’s running smoothly. Reuben sings the praises of his wife Karen who understands the pressures he is under and is very supportive. Having such a fantastic team also means he gets to go away for a few weeks every year without incessantly worrying about how the business is coping. They also allow him to be able to spend time with his wife Karen and his two children Ben and Bella and help run his sons under 9’s football team which is the highlight of the week for him.

Reuben doesn’t have a ‘go to’, favourite restaurant although he loves going to his brother’s restaurant on Park Row when he can find the time. He did however speak in very glowing terms of his visit to Lympstone Manor organised by his wife for his fortieth birthday. Lympstone Manor which is a Grade II listed Georgian manor house is situated in the heart of Devon on the foreshore of the Exe estuary. The hotel has twenty-one individually designed bedrooms and suites accompanied by a number of fine dining restaurants. 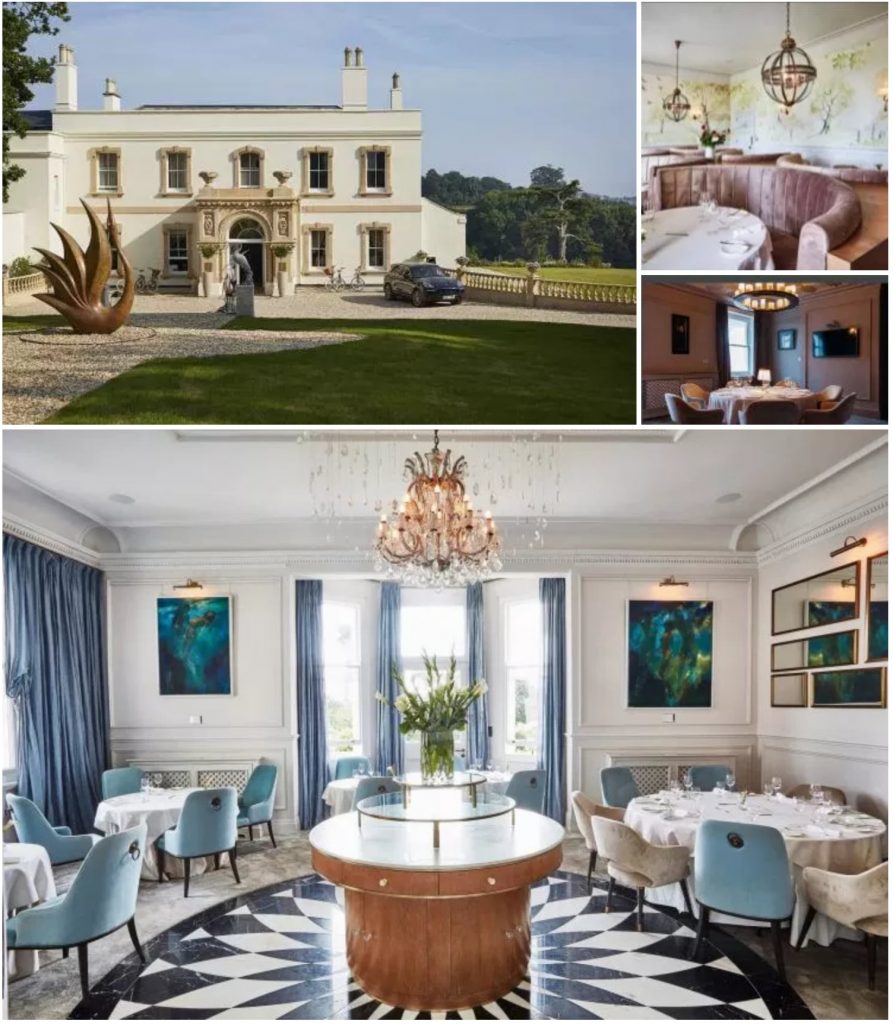 After just six months of opening, Lympstone Manor was awarded a Michelin star and became a proud member of Relais and Chateaux. Having checked out their website and the menus, I’m not surprised Reuben described it as a ‘mind blowing experience.’ I forgot to ask him which of the fabulous dining rooms he and Karen ate in but they all look stunning. Have a look yourself, right here.

I asked Reuben if there were any other chefs apart from his mother that he found inspiring. He admires Alistair Little, a leading figure in the UK for developing the movement away from old fashioned French haute cuisine in favour of food based on simplicity, seasonality and taste. Check out Alistair’s website which features some great recipes, here.

Reuben also loves reading the books of the late Antonio Carluccio, Italian chef, restaurateur, food exper, known as ‘the godfather of Italian gastronomy’. Antonio has written thirteen books, that are translated in many languages and are published worldwide. Check them out here.

He also holds Bruce Poole in very high esteem. Bruce’s Michelin-starred London restaurant Chez Bruce has achieved many awards and accolades including, for the last six years, London’s Favourite Restaurant in the Harden’s Restaurant Guide. Check it out here.

There are so many talented people in the industry that he takes influence from on a weekly basis – Russell Norman, Franco Taruschio, Raymond Blanc, Richard Bertinet………the list is endless and too many to mention here. Daily communication with some exceptional producers also plays a huge p[art in everything that happens at Murrays. 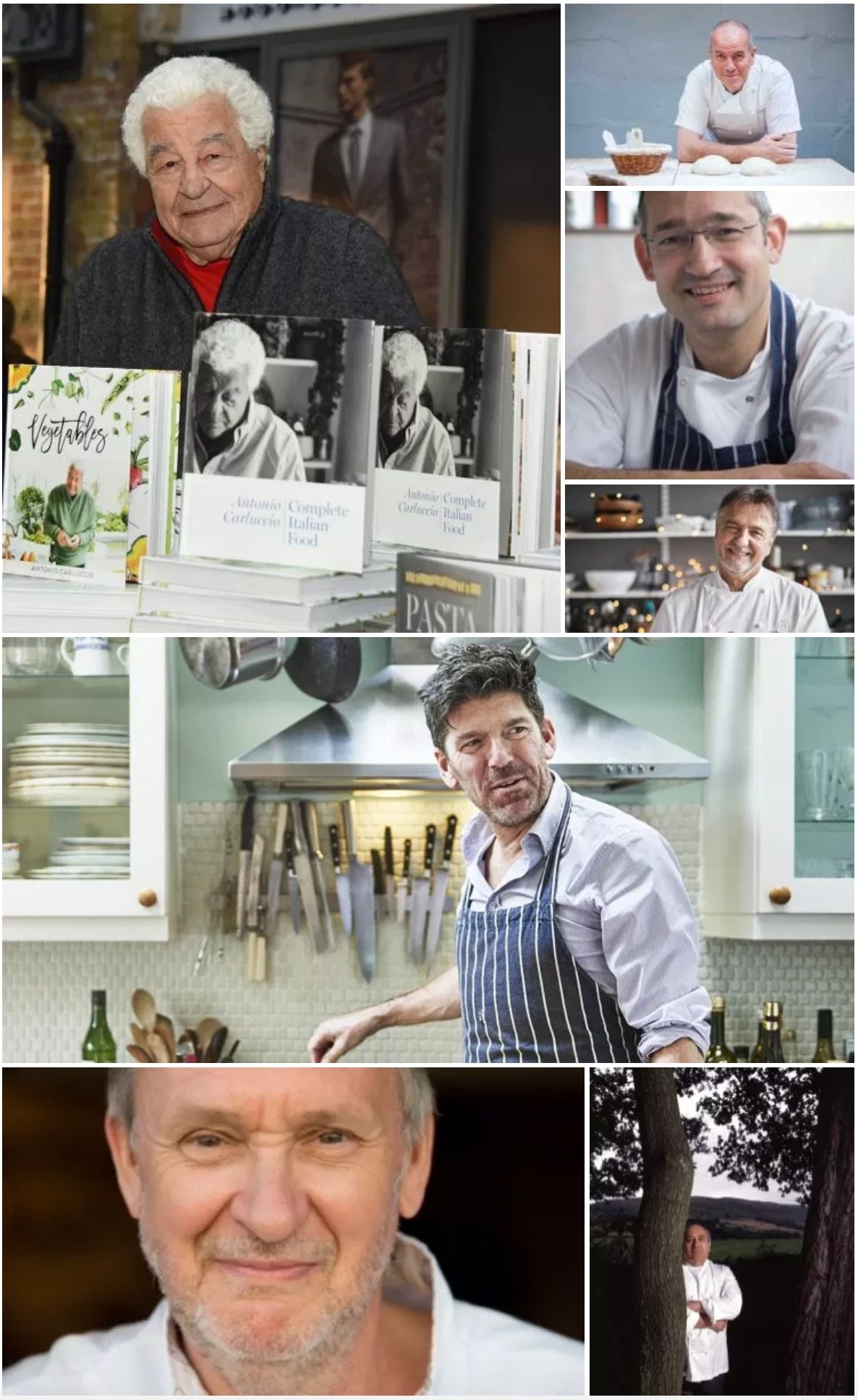 Reuben’s mother Gail has not been the only family member to inspire him; he has learnt much from his brothers and indeed his current team. He greatly admires Luke’s attention to detail and described the pasta skills of Alex as legendary.

I asked Reuben if he had ever thought of offering cookery classes or demonstrations which I felt sure would be very popular and would make great presents. As it turns out, it is something he would love to do, particularly for children. He believes strongly that children need to be taught about food and its nutritional value so that they can make informed choices towards a healthy lifestyle. He enjoyed making pizzas with his children Ben and Bella and their classmates at Mary Elton School. However, with the business growing at the rate it is, this will probably be something he starts a bit further down the line.

Reuben heads up a strong team and he would need to with such a big operation. He has seating for between forty-five and fifty in the restaurant and a private dining area for functions on the next level which could cater for up to thirty five. There is also a sumptuous deli selling a vast array of top quality meats, cheeses and antipasti, an artisan bakery that sells the finest tasting bread as well as a selection of savoury baked goods such as pizza and tarts baked daily, and shelves laden with wine and an abundance of artisan products from Italy and the south-west: pickles, chutneys, purees, pasta, olive oils, vinegars, preserves, biscuits, cakes, sweets, teas and coffees. 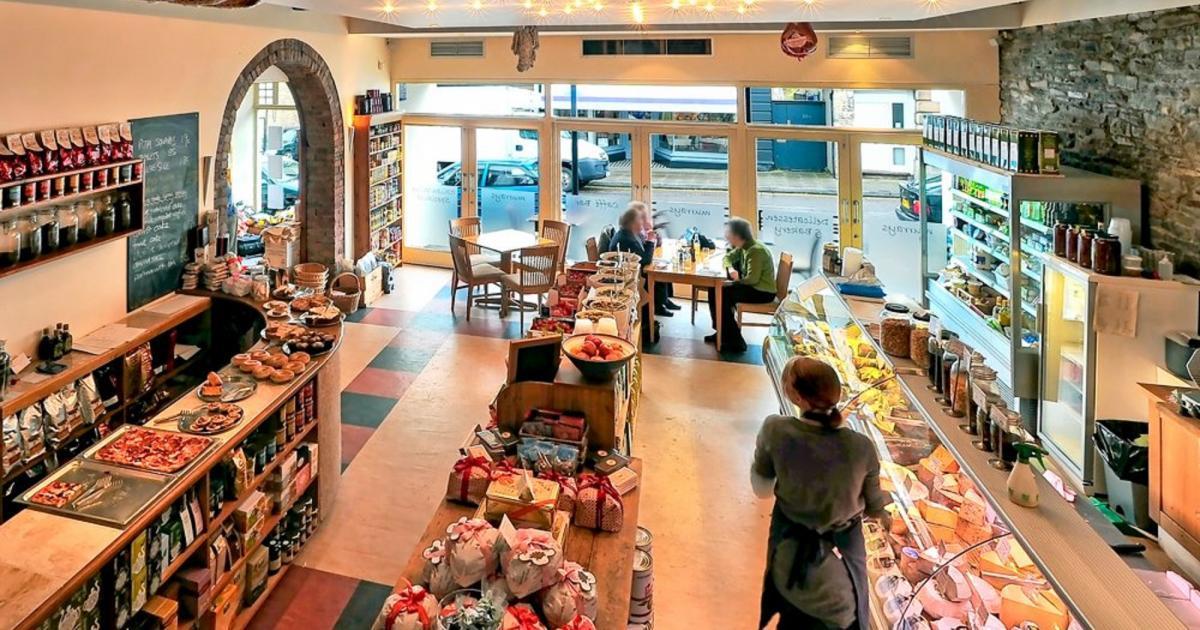 Reuben is rightfully proud of his family and what they have achieved both individually and collectively. He found it very hard following the death of his mother who gave him so many wonderful lifelong gifts: she taught him to cook and manage the business, she passed on many life lessons and she taught him to cherish his heritage.

Gail sounded like a fabulous woman and I’m sure she would be very proud of everything he and the family have achieved. All the best for the future Reuben from one of your very many loyal customers.

Originally posted on FACES of Clevedon.