Clevedon Pier: From Collapse to COVID-19

At 10:20AM on the 16th October 1970, two spans of Clevedon Pier collapsed into the muddy waters of the Bristol Channel. A team of maintenance men were undertaking a bi-annual load test on the structure and after many years of neglect the Pier could take no more. With a creaking and groaning noise that could be heard all across town, the Pier succumbed to the elements.

Many local people were dumbfounded by what had happened and there was a great deal of anger about a subsequent decision to demolish what was left. For ten years the community agitated and lobbied to the point where a Public Inquiry was held. At the Inquiry, with the help of Sir John Betjeman, who described it as the most beautiful pier in England, the threat of demolition was lifted and, after a huge restoration effort, Clevedon Pier was saved for future generations – reopening nineteen years after the collapse in 1989.

On the 16th October 2020 the Pier Trust will be marking the day the Pier collapsed and celebrating the foresight and energy of those who worked so hard to save it. As Betjeman went on to say, without its Pier Clevedon would be like a diamond with a flaw. On the day of the 50th anniversary the Pier Trust will be inviting people involved in the campaign to take a walk on the Pier and share their stories.

The Chairman of the Trust, Phil Curme said that the Pier has always been special to the people of Clevedon. Over the course of over 150 years the Pier has been at the heart of the community. Many local people have happy memories of steamer trips, late night dancing and watching sunsets from the pierhead. The people of Clevedon saved it from destruction, they enabled the restoration and they continue to support it with passion today. It is truly a ‘People’s Pier’.

To mark the occasion, the wonderful model of the Pier which was used at the Public Inquiry will be on display in the Pier’s café area for the very first time. The story of the collapse and the campaign to save the Pier will be brought to life in a storyboard which visitors will be able to enjoy as they stroll around the pierhead. The Trust will also be offering a unique commemorative fifty-year pass for sale to visitors who wish to support the Pier by investing in what is effectively lifetime membership. 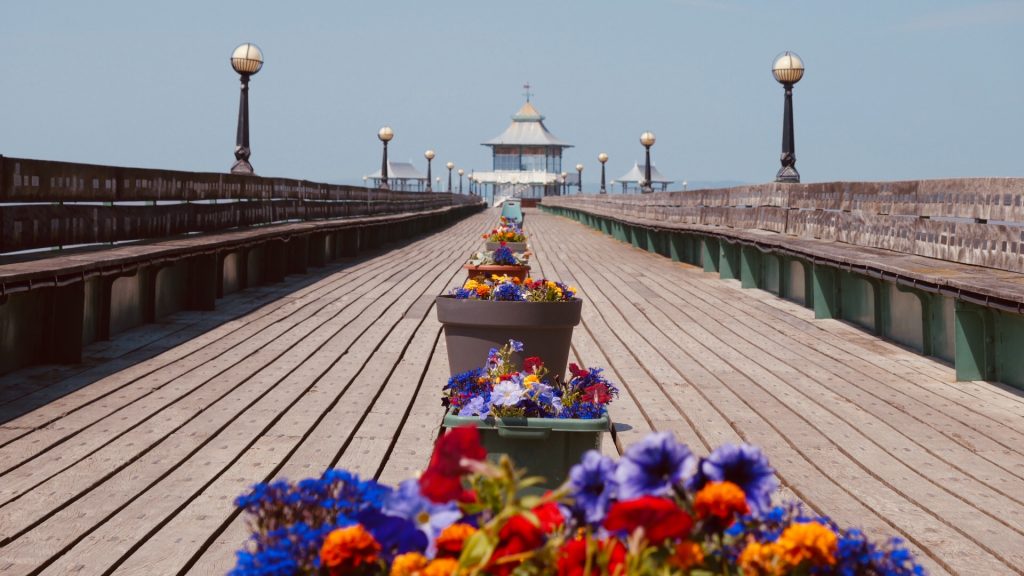 The Trust is keen to hear from anyone who remembers the collapse or who were part of the campaign. For those who want to share their stories then the Trust can be contacted via enquiries@clevedonpier.com. It is hoped that these stories can be retained for posterity in the Trust’s Community Archive which already has a rich collection of material relating to this fascinating period in the Pier’s history.

Mr Curme added that the pandemic has created a very different type of challenge and we are hoping that the marking of the anniversary of the collapse and the campaign that followed, will act as a reminder that without the support of the public – as visitors, supporters or volunteers, it would not be possible to generate the £100,000 annual surplus needed to maintain this wonderful Grade 1 listed Pier in current times.

If you would like to help Clevedon Pier at this difficult time you can notify the Trust of your interest in buying a fifty-year pass by emailing enquiries@clevedonpier.com or you can:

Clevedon Pier, which was built in 1869, is the only Grade I listed pier in the country. It is now open again, although with some restrictions to ensure social distancing. To find out more visit: www.clevedonpier.co.uk